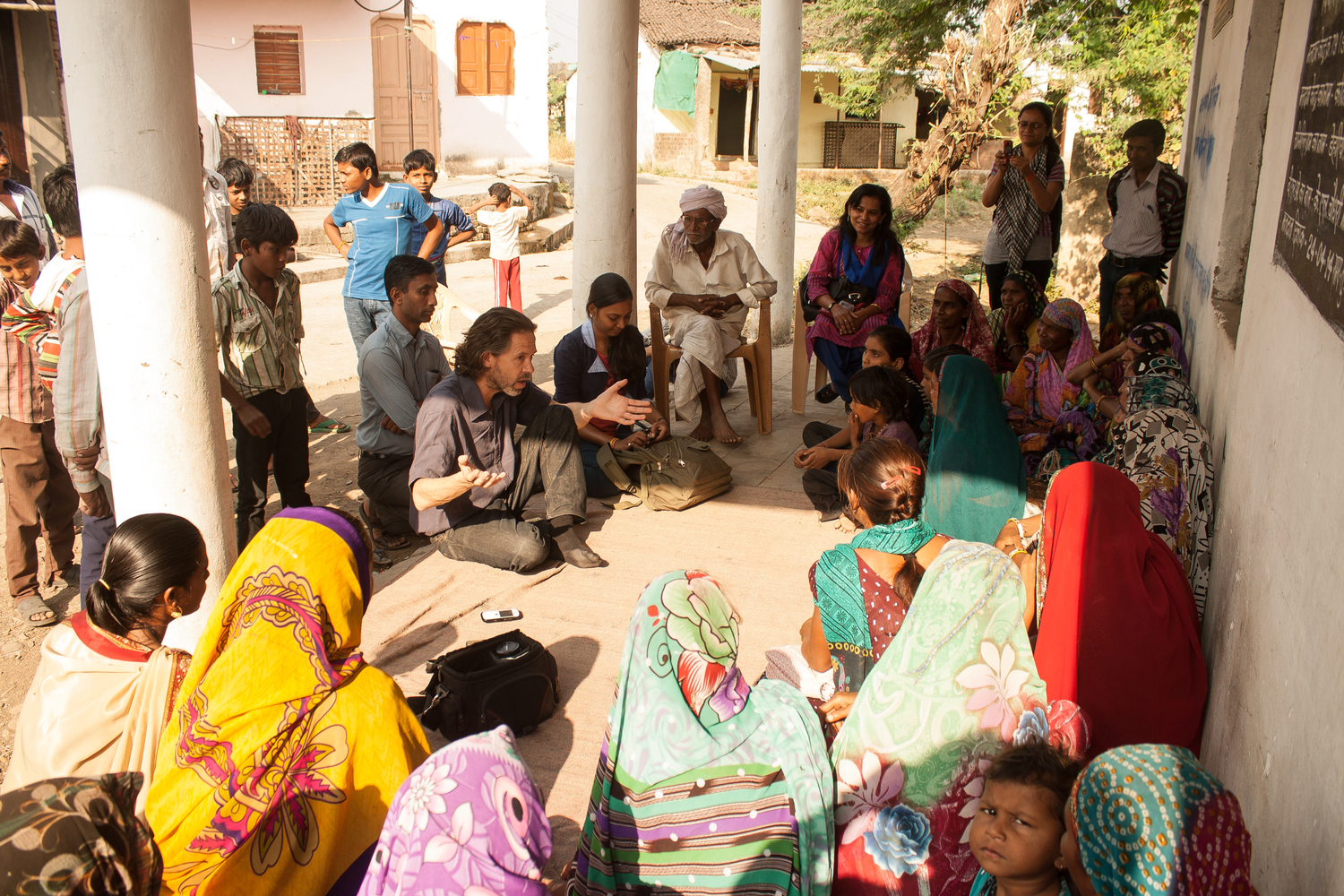 As I sit and write this, in a thunderous night in central India, water floods the streets and people scramble for cover beside the chaat sellers. If only water was always as freely available as it is tonight!

In reality, water is a scarce commodity in rural India. Where it is available, it’s usually dirty and for most people, a good 20 minute walk from home.

When I say for most people, I really mean, for women.

I’ve just spent the last 10 days working with some of Frank Water’s partner organisations in Eastern and Central India and the first image that I take away is of women’s endurance in everyday life.

Not only the endurance of working long days to produce enough food to feed the family, or of the endurance of growing back breaking crops like cotton to bring in some money, but after all that’s done, the endurance of walking up to 3km to collect a jerry can of water and 3km back home, three times a day!

If you think I’d pressed the wrong key, I’ll repeat it. I visited one community, Deheriya, in Madhya Pradesh, where the only drinkable water was 3km away.

Luckily, we’re working with these communities to provide solutions that will alleviate these burdens. In Deheriya, Frank Water is working with an amazing local NGO called the People’s Science Institute (PSI) to install a piped water supply from the nearest well to a central tank in the middle of the village, saving the women up to 3 hours a day usually spent collecting water.

In the case of another village, Kalapani, water is available but contains such large amounts of fluoride that dental and skeletal fluorosis is commonplace. So commonplace that they are regularly visited by scientists, who take photos of the children, and then leave. This brings me to my second abiding image.

The commitment of NGO field workers.

At PSI, there are two young women named Pooja and Amrita. They haven’t been home to their families in a year. They visit communities day in, day out – initially taking personal abuse for being just “another group of people who want to come and study rural poverty”.

They built relationships with the few who believed in them and eventually, through coming back day after day, and in the case of Kalapani, by becoming so angry with the lack of respect from the women of the village, they started to make some progress.

Now, 6 months later, there is an energetic water users group (WUG) and a plan to use the one clean well in the village to pump water to 3 tanks situated evenly around the community. Already people are noticing less pain their joints, a classic sign of fluoride poisoning.

I could give many more examples, such as the inspiring field co-ordinator, Sahu from Gram Vikas, another of Frank Water’s NGO partners, who has spent more than 25 years working in rural villages in Odissa. Sahu doesn’t use email or engage with the modernities of policy development or rolling out programmes, he just knows the communities he’s working with because he has always worked there.

Sahu has helped countless people access clean water at their doorstep and additionally ensured that every one of them has had their own toilet and bathing room – work that Gram Vikas is now becoming globally renowned for. 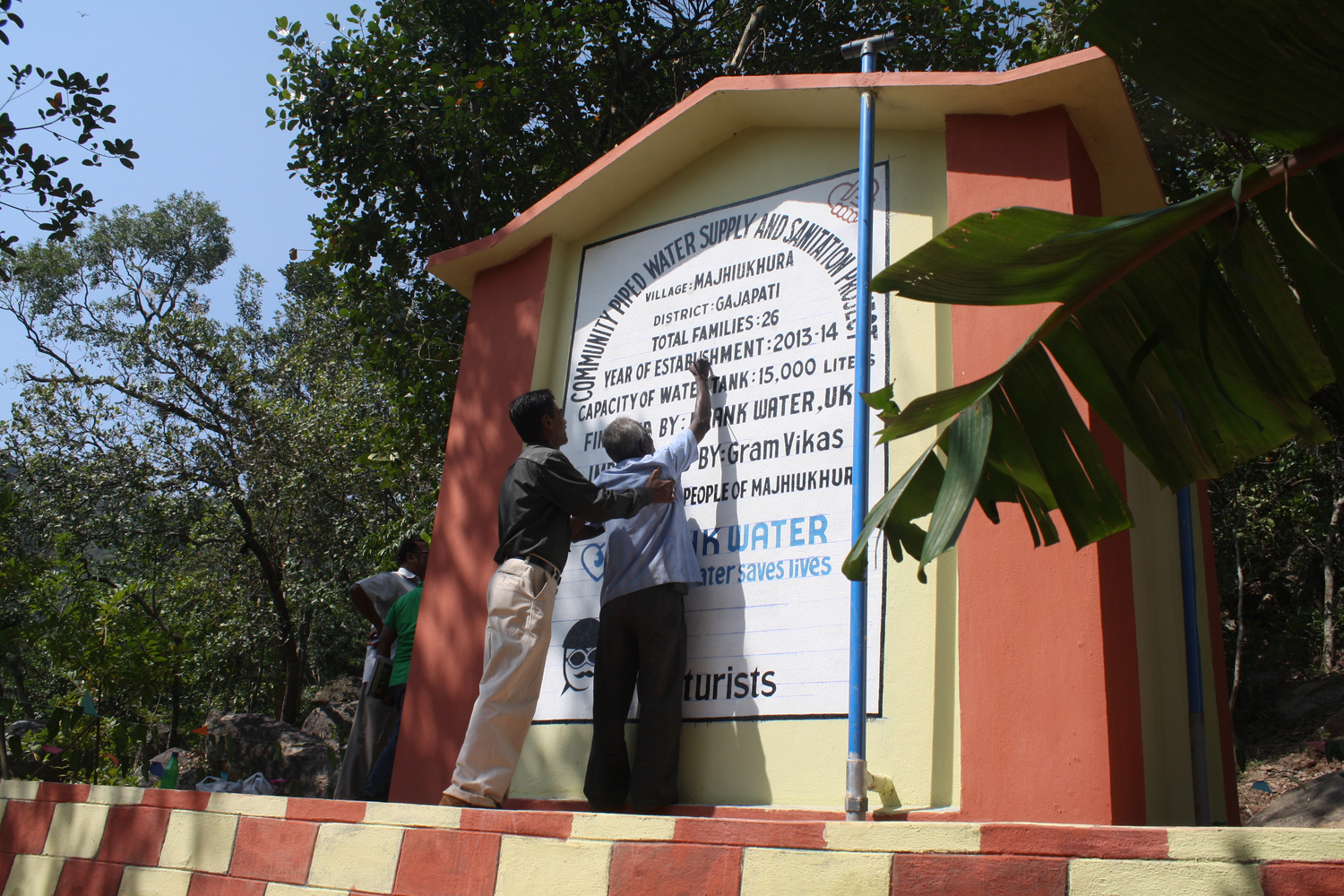 My last abiding image of this visit is of the women of the Kalapani WUG building themselves an anganwadi (pre-school), which doubles up as a place to meet and plan further community activities.

The energy that they showed when we met and the buzz of excitement at the possibilities that now lay before them was infectious. Cotton, corn, fabrics and education are just a few of the possibilities that started to become a reality when available, safe water helps these women move from endurance to empowerment.