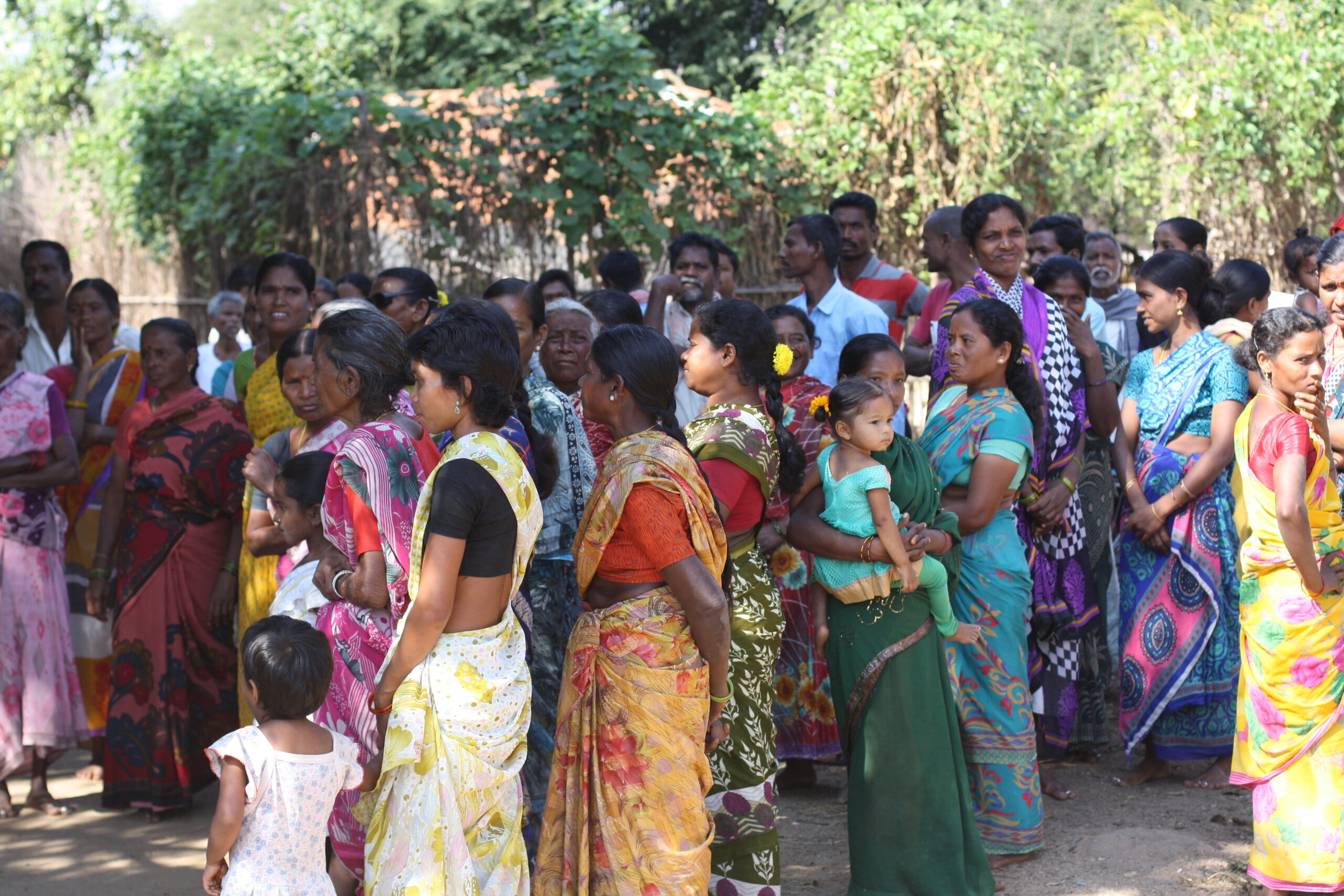 Frank Water is part of a growing group of charities across the world that have realised that rather than building infrastructure such as taps and toilets ourselves, we would be better to put our efforts into improving the ability of local charities and governments to do this themselves.

This is sometimes called ‘systems strengthening’ and has been championed by some influential organisations including IRC WASH in the Netherlands as well as networks like WASH (water, sanitation, hygiene) Agenda for Change.

At its most basic, the WASH (water, sanitation, hygiene) system can be conceptualized as a set of building blocks. By assessing the condition of each of the building blocks – institutions, policy and legislation, finance, regulation and accountability, monitoring, planning, infrastructure, water resource management, and learning and adaptation – and the links between them, WASH (water, sanitation, hygiene) practitioners can identify weak points and target their interventions for greater effect.

Over the last half a dozen years, we’ve worked with our partners in India to identify weak points in India’s WASH (water, sanitation, hygiene) system and have used this approach to gain ‘greater effect’ for our work and greater impact for our supporters.

Systems thinking is nothing new. Even Gandhi made reference to this approach – long before the term had entered common usage. He suggested that it was the ‘lack of system(s)’ that would kill a hard working man, not the hard work itself. 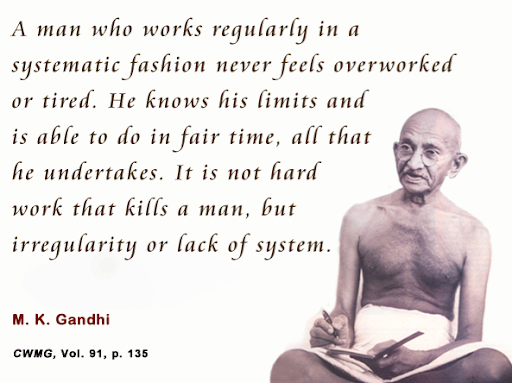 Gandhi was such an inspiration for the independent India that emerged from the turbulent years of British rule in India, that his name was used on many of the central laws and policies that now shape the country, including the “Mahatma Gandhi National Rural Employment Guarantee Act” or MGNREGA.

The MGNREGA was created in 2005 with the aim of “enhancing livelihood security in rural areas by providing at least 100 days of guaranteed wage employment in a financial year, to every household whose adult members volunteer to do unskilled manual work”.

On average, 50 million households have been provided employment by MGNREGA every year since 2008. It is notable that although only 8.6% of India’s population is tribal, 51% of the ‘total person days’ used under MGNREGA have been from tribal communities – demonstrating that tribal peoples in India suffer disproportionately from employment and income pressures compared to the rest of the population.

Another aim of MGNREGA is to create durable assets (such as roads, canals, ponds and wells). 14.6 million works have been taken up since the beginning of the programme, of which about 60 per cent have been completed.

How does this relate to Frank Water’s work on systems strengthening and supporting the poorest in society to gain access to WASH services such as taps and toilets?

Usually, MGNREGA offers unskilled work, decided centrally by government departments. Other than the fact that workers receive a daily wage of approximately $2 per day, workers saw little personal benefit from the work they were paid to do.

This provides us with an opportunity. Rather than simply supporting individual communities, we work with governments. Why not work with the government to use this scheme to help people in their own communities? Working on their own problems and building their own solutions? 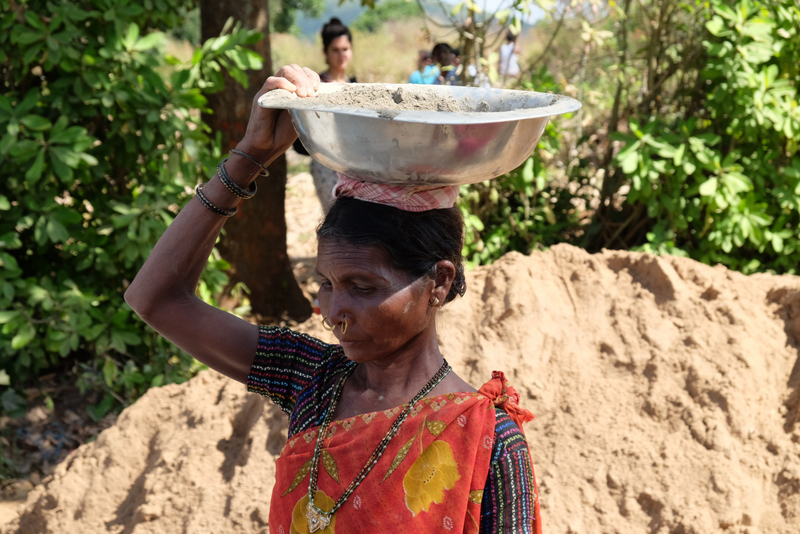 We discussed this approach with one of our long term, local partners, the People’s Science Institute (PSI) who had, up to that point, directly funded infrastructure – taps and toilets, rather than working with the government to do so. PSI agreed that this would be a better way of working but were sceptical that:

Despite these concerns, PSI agreed to pilot this approach and we began to redirect our finances away from ‘hard’ finance (assets) and towards ‘soft’ finance (PSI staff members).

PSI began by asking for meetings with the government departments responsible for WASH (water, sanitation, hygiene) works – the Public Health and Engineering Department (PHED) and the MGNREGA officers, who can authorise use of MGNREGA funds for specific projects. This was a slow process, made all the harder by the need to navigate the political landscape which, just like the UK can slow proceedings and in some cases, even reverse progress made with previous officials.

Despite this, within a year, we’d managed to engage a handful of District Collectors – the State’s highest-ranking officials. With support from the government, we focussed on assessing water issues and creating plans of action, sometimes called Water Security Plans (WSPs). Crucially, these WSPs would have to be delivered in a format acceptable to the government funding restrictions, as part of an overall community development plan, called a Gram Panchayat Development Plan (GPDP).

Over the last year, this approach has lead to some impressive results such as: 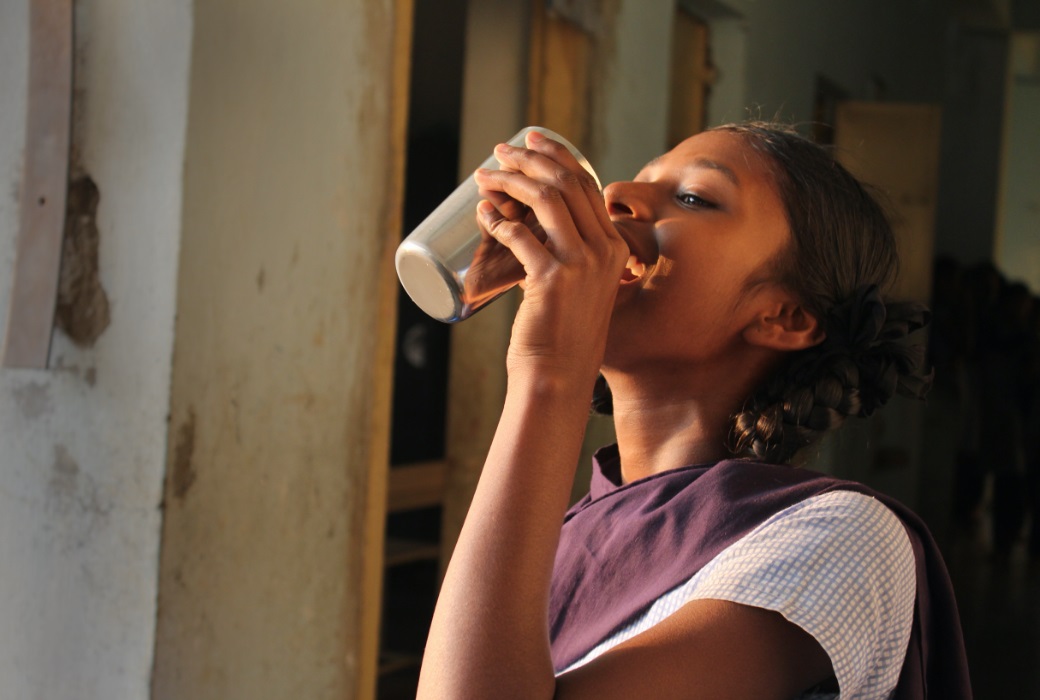 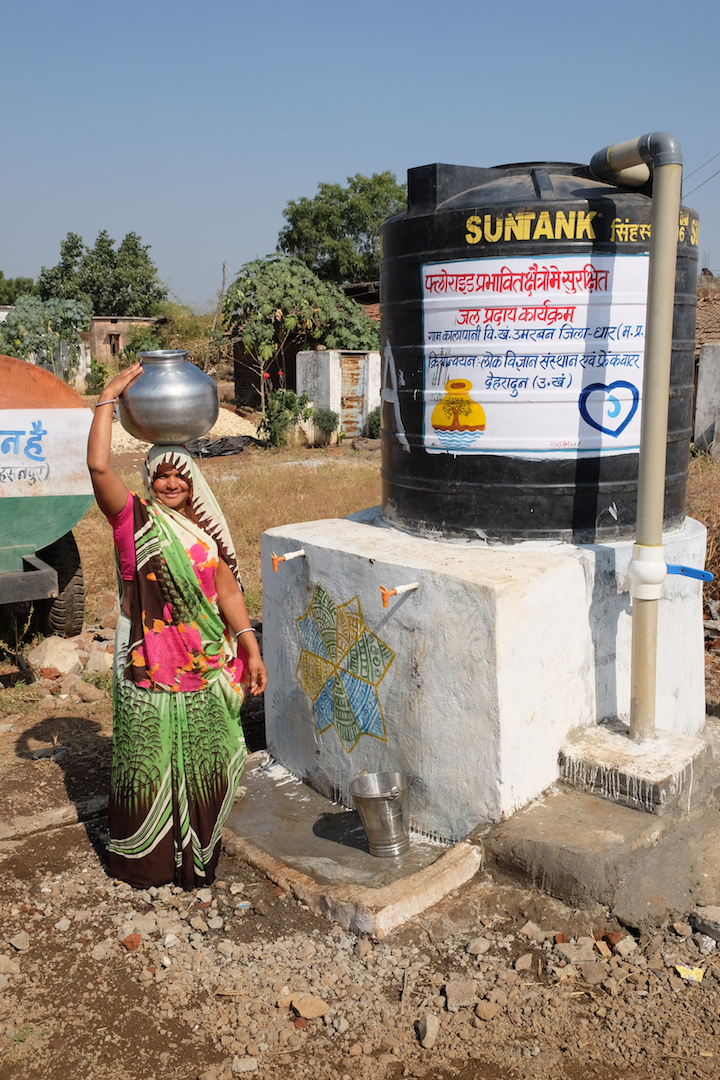 All of the above has been achieved with finances that, if directly spent on taps and toilets, would have made little difference to the 2,700 people who have benefited under this project.

Additionally and perhaps most importantly, we have helped both communities and governments develop ways of working that will be productive for many years to come, benefiting many thousands of people indirectly through a system that is stronger and more sustainable.

I don’t think either the Frank Water or PSI would agree with Gandhi that the systems approach means they are never ‘overworked or tired’ but, if we’re trying to make an impact on the water crisis that sees millions of people still living without clean water, strengthening the overall system is the best way we can use funding and direct our efforts. 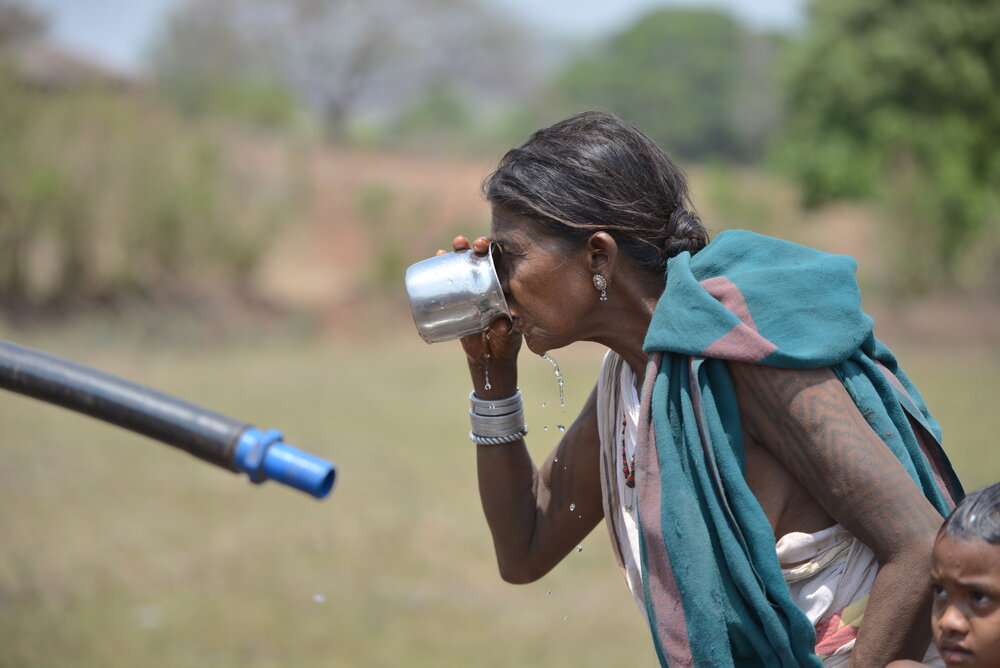 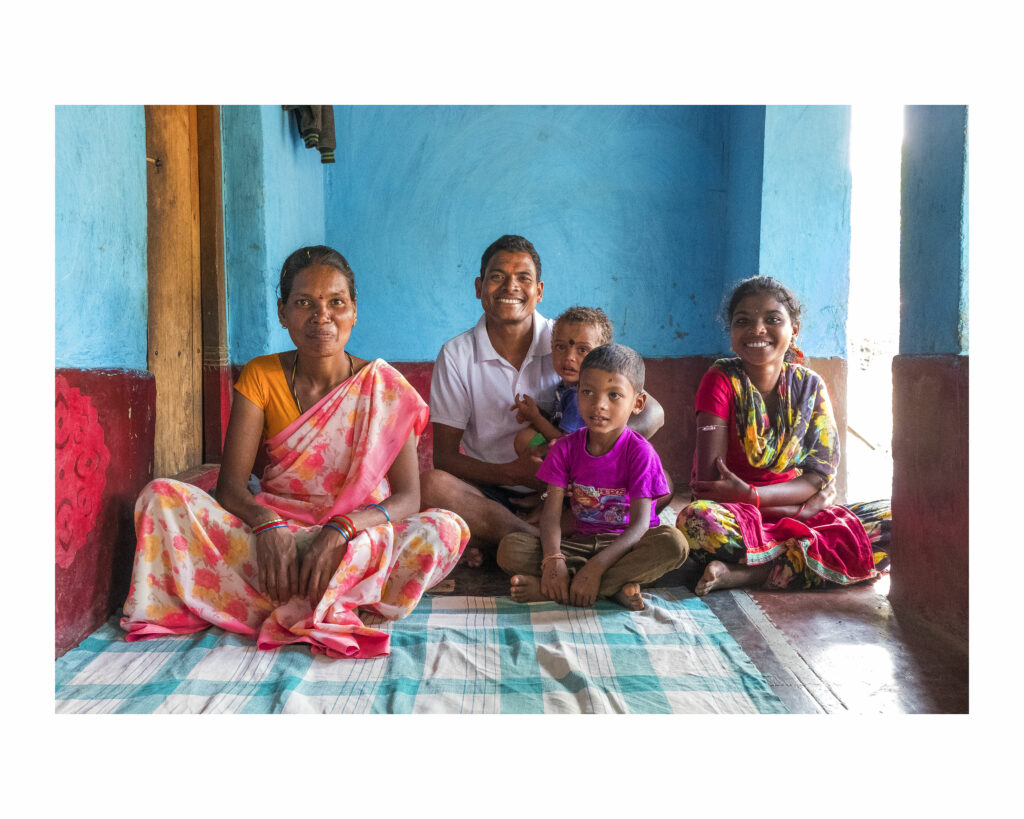 Our Theory of Change

Our Theory of Change 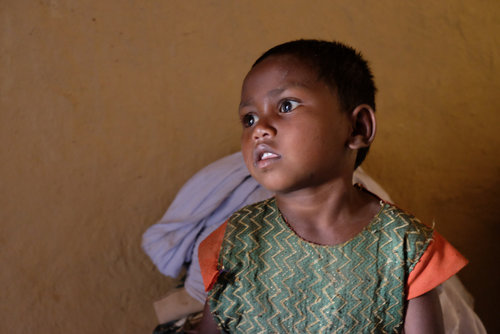 Your Support Has Changed Children's Lives In India's Andhra ...

Your Support Has Changed Children's Live...