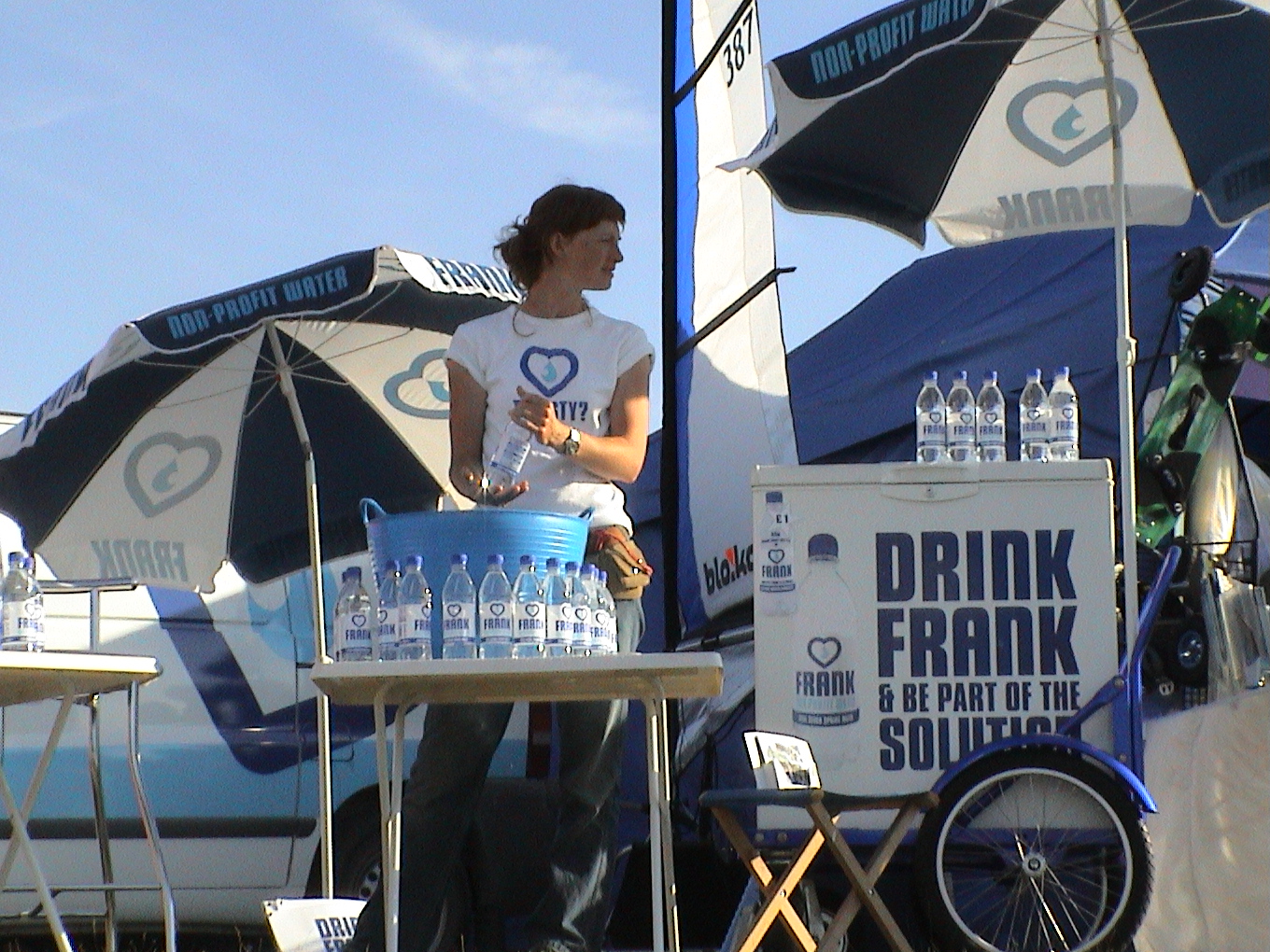 They say that ideas are two a penny. If I could have had £1 for every person who said they’d thought of starting a company like Frank Water in that first year, I would have been a millionaire by year 2.

17 years ago I experienced something that changed my life.

10 years ago I started to do something with that idea.

Today, with the support of an amazing team of staff, volunteers, trustees and supporters, we have provided access to life saving safe water and sanitation to over 300,000 people.

How did we get here?

It was my first trip to India in 1998 as a naïve eighteen year old, when I got sick myself from drinking dirty water, which made me take notice. I was in Kashmir, hosted by the chief of police and his family – not the safest option considering it was 50th year of independence – every morning his bodyguard would arrive at the breakfast table with his AK47 – on the second day I noticed the bullet holes in the bedroom door, needless to say my parents were unaware until I’d returned home safely.

I soon realized that with teaching there are only two critical things required, a teacher and some children (preferably the same ones each day). I certainly wasn’t the best teacher, but there weren’t many children and those that did come were different every day. It was odd.

On questioning the headmistress I discovered that 9 times out of 10 it was something to do with water that meant the children weren’t able to attend school.

Visiting the slums I found that many of the children were fighting water related illnesses and the women and girls spent many hours every day collecting and preparing water for the household to use.

Right then I made a personal promise – to do something to help – at the time I imagined that would be a direct debit to a charity working in the sector, once I was settled and working myself.

The statistics were pretty shocking back then, but even today, 784 million people still lack access to safe water – and arguably it is the poorest, most hard to reach communities, that need it most.

10 years ago, in February 2005, having spent a year of evenings, weekends and some stolen work hours researching, I made a trip back to India to meet our first local NGO partner. I spent time with the villagers of Kothapeta, a rural village of 2,000 people in eastern Andhra Pradesh, where people were dependent on an old hand pump located in the flood plain of the river Krishna. They discovered that I was setting up a business that might help fund their safe water project. Knowing how much of a difference this would make to their lives, I knew there was no way back, Frank Water would have to happen. 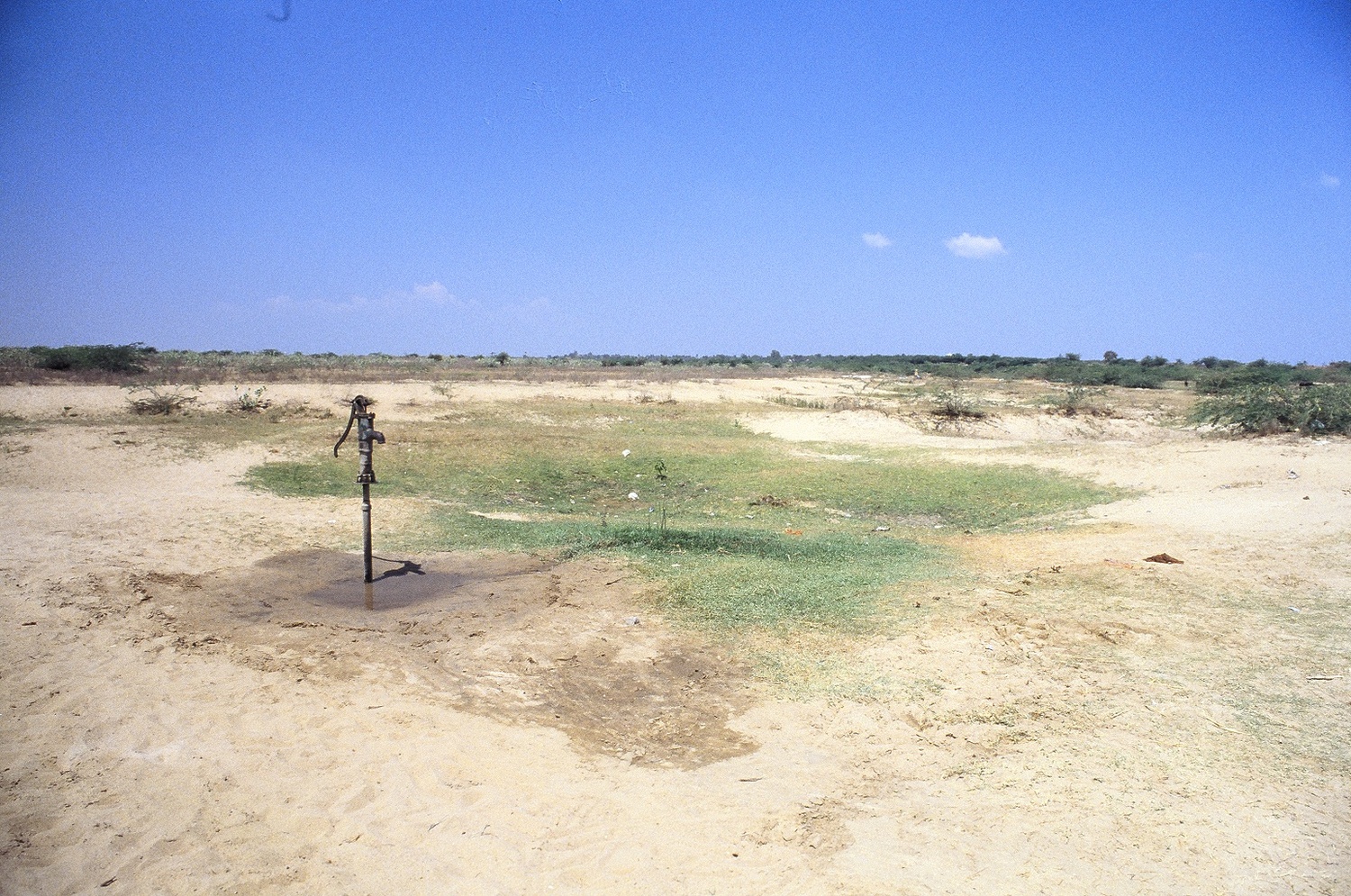 On my return I officially registered Frank Water as a business, 10 years ago on the 10th March 2005.

The idea was to sell locally sourced bottled water, a relative luxury in the UK, using it as a vehicle to support frank discussions about world water issues whilst raising funds for safe water projects.

The amazing people of Bristol supported us – thank you! – and within one year – most of which I spent cycling around town visiting all the cafes, shops and restaurants, with my sample bottles and elevator pitch – we had raised £4,600 which we proudly donated to the project in Kothapeta. 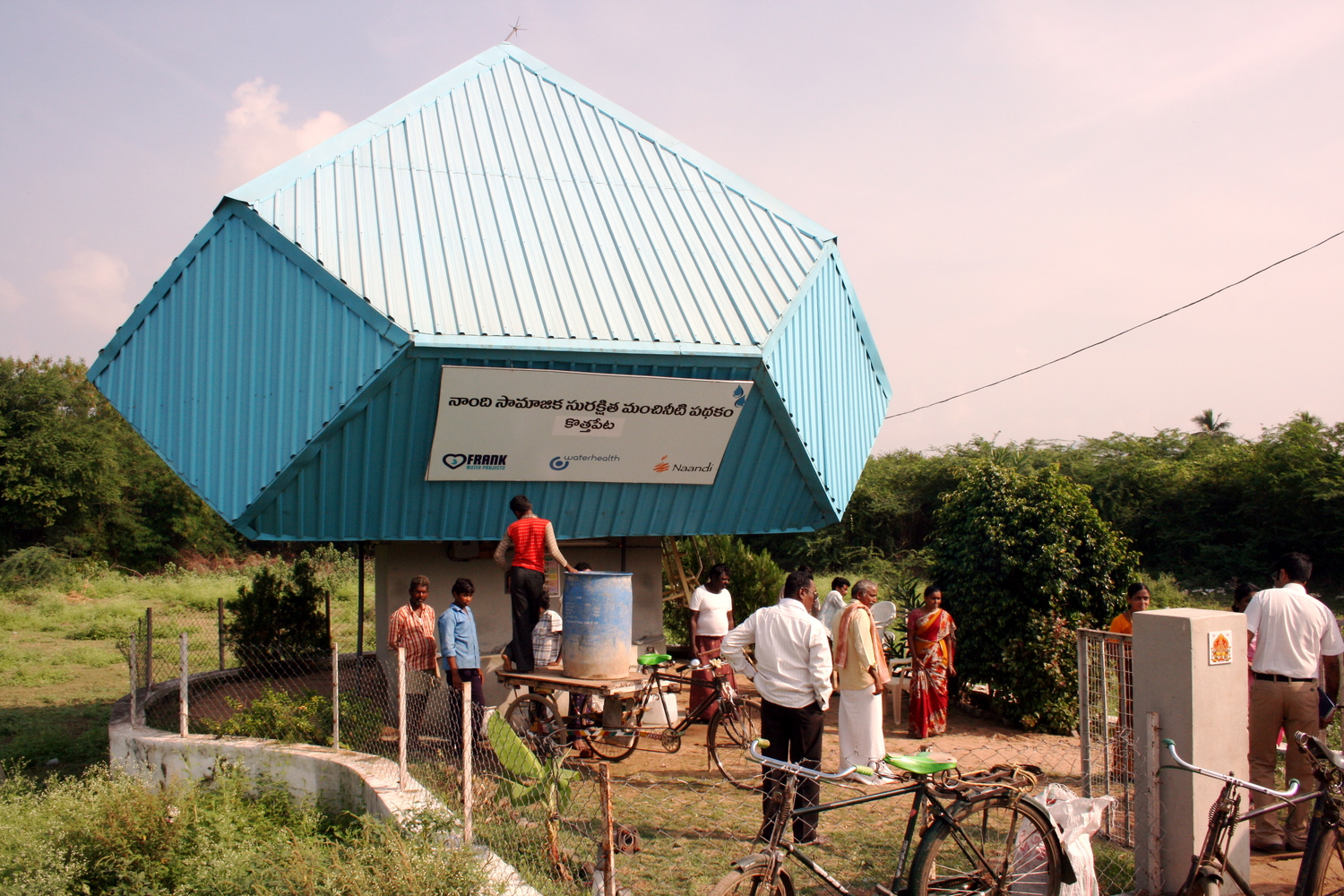 Frank Water’s First Water Project In The Village Of Kothapeta

The idea took off and we tripled that funding in year two. By year three we’d registered as a charity as more and more people wanted to fundraise to support our work; people started running, swimming and driving rickshaws across India for us and partnerships with other businesses started to develop.

With increased funds came the need for more project partners so we set about developing new partnerships and expanded our work across six states of India. Our work began to include sanitation and hygiene education and as we noticed a particular need for projects in more marginalised areas so we started to work with these communities, including in 2014, our first urban slum.

The journey has not been without its challenges. It’s been tough at times, we’ve taken our fair share of knock backs, but we’ve adapted and changed and with a clear, meaningful vision it’s true to say that they’ve made us stronger.

In 2010 we innovated again, launching our ‘FreeFill’ initiative, offering festivals and events a way of reducing waste, whilst giving customers unlimited refills of filtered, chilled water from our refill points, with all net profits from the refill bottles funding our safe water projects. 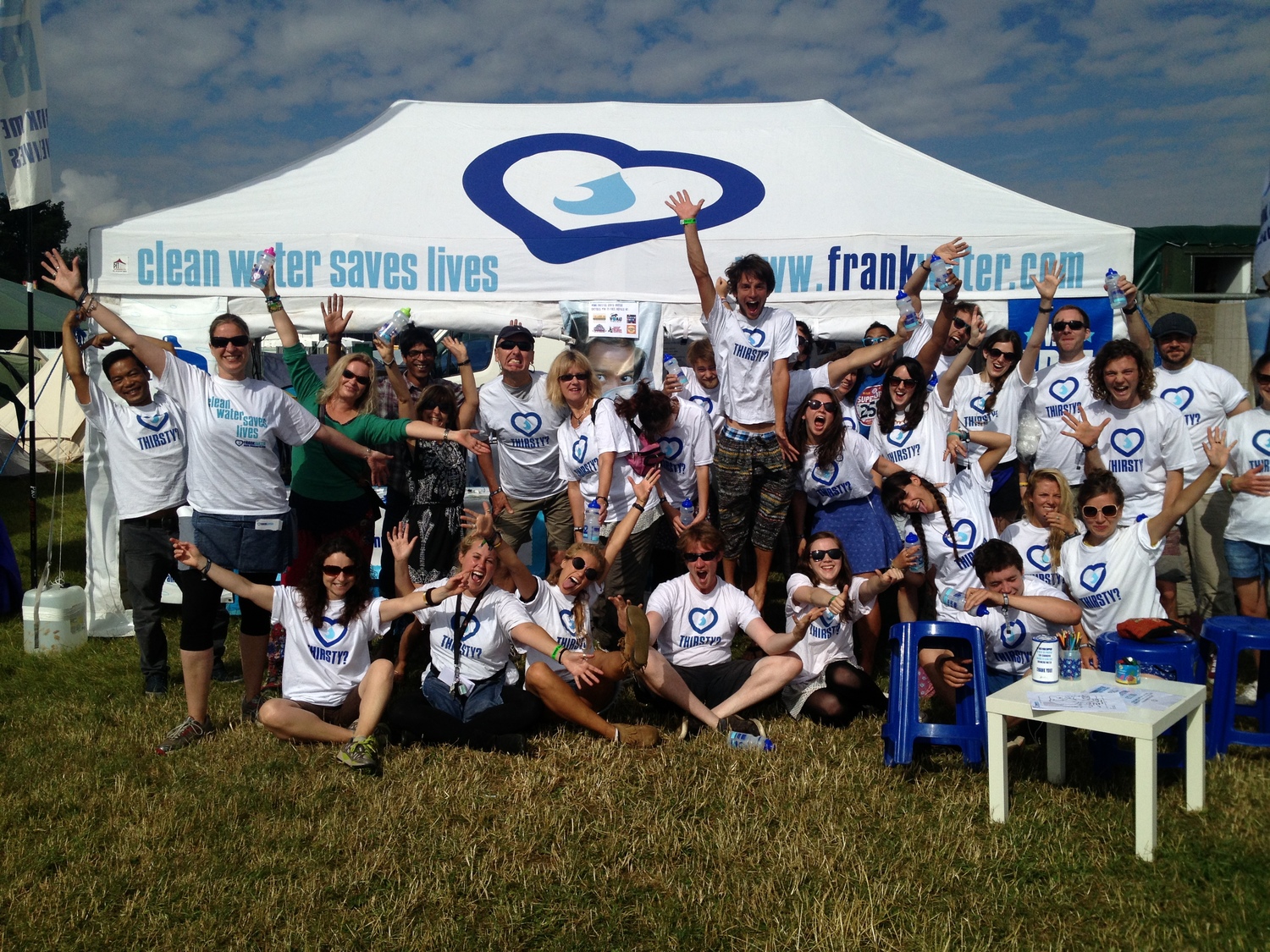 2014 brought the ‘Thali Water’ initiative, trialled with Bristol’s own Thali Cafe, which aims to reduce waste and raise funds. One litre of Thali water is served to every table in a refillable bottle, labelled with a voluntary 50p price tag and if customers opt in, 100% is donated us. Thali is on track to raise over £30,000 in three years, which would be enough to secure safe water and sanitation for 500 households (3,000 people) in Agra, India.

Sunday was International Women’s Day. It made me feel incredibly lucky that I’ve had the freedom and time to study, travel, get inspired, set up and run Frank Water for ten years. Our work undoubtedly has the greatest impact for women and girls.

Take Sonia and Vimla who live in Basula Loot, Chhattisgarh. They collect water from an open well, 500-600 metres downhill from the village. The girls fetch water from here four to five times a day. As a result they are not able to go to school and the water is still not safe to drink. In the summer, this water dries up and they have to travel even further afield. The shortages in the village have meant that many people have had to migrate. 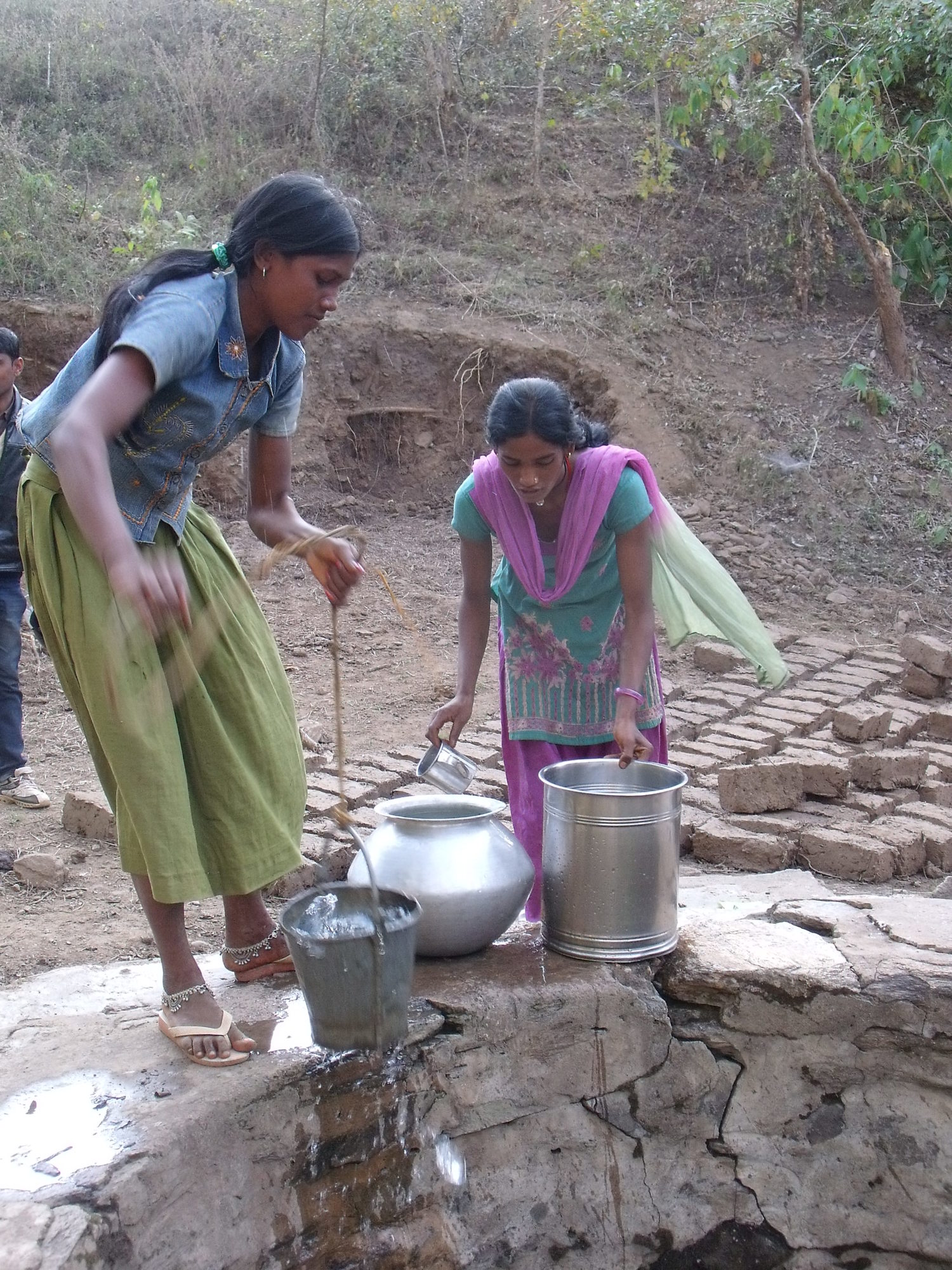 Just imagine what they could be doing with that time – going to school, generating income, taking part in community development, contributing to political debate, and maybe even discovering and developing life and planet changing technologies and sciences.

With your support we will be able to ensure clean, piped water to the village, allowing Sonia and Vimla to drink safe water and concentrate on their studies rather than fetching water.

We’ve given life-changing opportunities to over 300,000 people through over 200 projects. We’ve also funded research and advocacy to ensure that our programme work is both effective and long lasting.

It’s been an incredible 10 year journey so far and there is still so much to do, we need your support to enable more women and girls to have the opportunity to be part of our global future.

Help us to shape the next 10 years, join us for a curry night to remember with our Karma Korma event or cook one up for your friends.

Let us know what you think of Frank Water, share your ideas on where we could be working and what we could be doing.

As I said at the start, ideas are two a penny – let’s build the Frank Water future together. Frankly – give a damn. Join in.

Frank you for your support! #FRANKis10 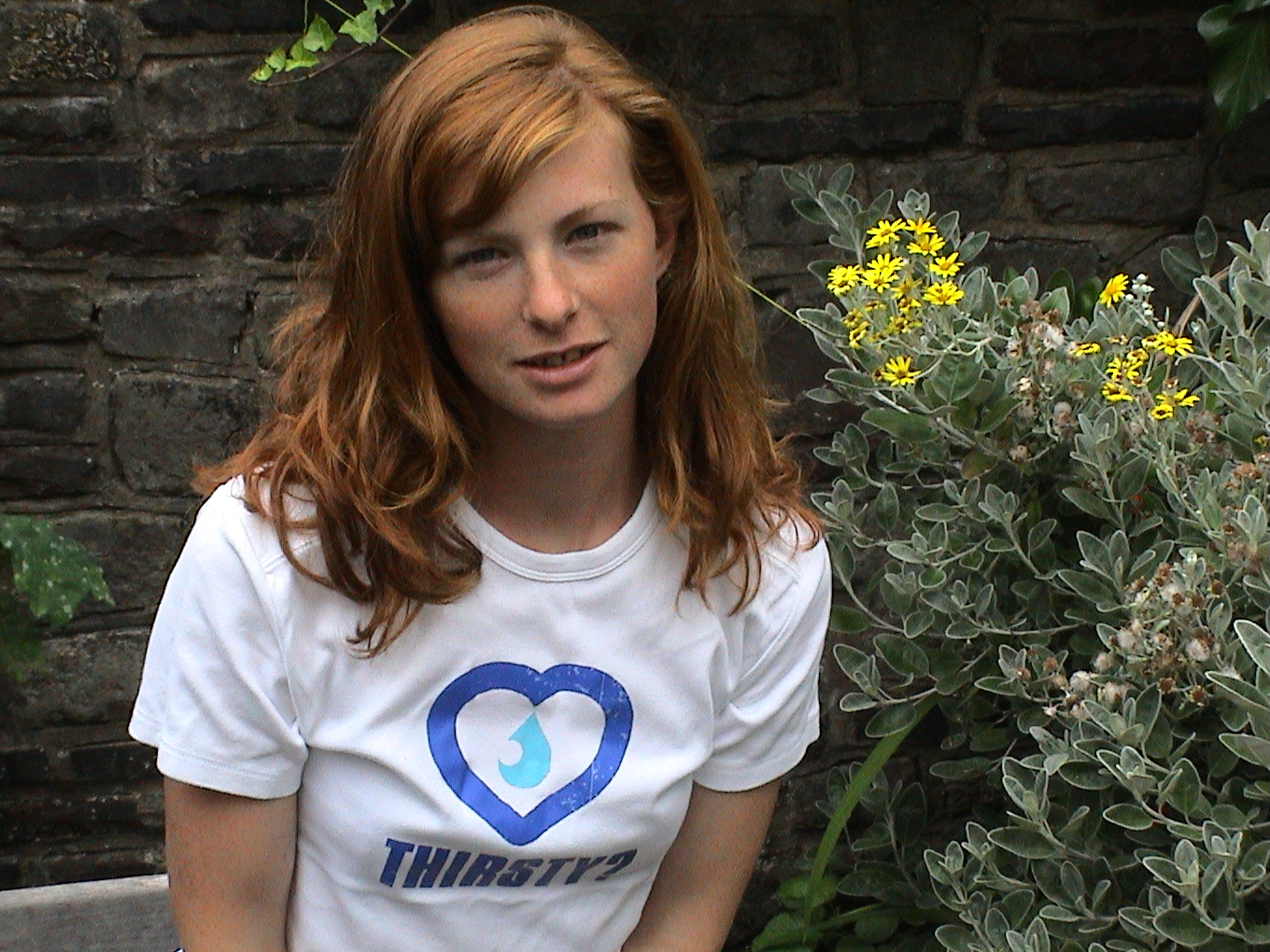