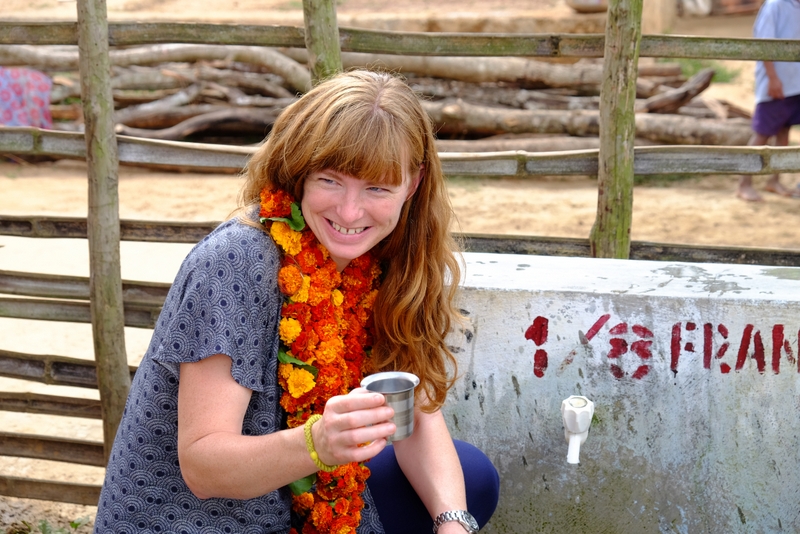 Katie Alcott, Founder and CEO of local water charity, Frank Water has been awarded an MBE in the Queen’s New Year’s Honours List.

Katie founded FRANK Water in 2005 whilst living in Bristol after she contracted dysentery from drinking dirty water whilst teaching in a local school in the India’s state of Kashmir. Before she became ill, Katie remembers how difficult it was to teach a lesson because the children in her class were always changing. When she questioned why, she was told “They have jobs to do at home, like collecting water and at least once a month a child will suffer a bout of sickness, usually because of water… which means they miss days of school…”

Just a week later Katie had succumbed to the same fate, contracting amoebic dysentery from drinking dirty water in another teacher’s house. She returned to her family home in Herefordshire to recover – a process which took five years. In that time, Katie managed to complete a degree in fine art at Bristol’s UWE and travel to other parts of the world where she regularly witnessed firsthand the effects that dirty water has on health, education, and development.

Katie felt passionate about the importance of bringing safe water and sanitation to those living without it and in 2005, she founded FRANK Water. In its first few years, FRANK Water operated as a social enterprise, selling ethical spring water (sourced from a family-run spring in Devon) to local bars, cafes and festivals and donating the profits to water, sanitation & hygiene (WASH) NGO in India. But word spread and the FRANK Water story captured people’s imagination – supporters started running marathons and jumping from planes to raise money. In 2007, Katie registered FRANK Water as a charity.

Katie Alcott In India, Visiting One Of The Communities That Frank Water Works With

Since 2005, FRANK Water has reached more than 386,500 people in 440 different villages, providing them with life-changing safe water, sanitation, and hygiene education. The organisation has taken significant steps in the last two years, increasing its trailblazing festival refill work in the UK, expanding water and sanitation work into Nepal as well as launching a pioneering water resource management programme in India with Arup and local partners which have the potential to influence how water is managed over large catchment areas globally.

“I’m delighted to be awarded an MBE, it might be in my name, but really and honestly it’s for Frank Water as a whole and the success of FRANK Water is a team effort of so many people over the years, from the original start-up team to volunteers, interns, board, staff past, and present and all of those who believe in our cause and choose to support our work. One person could never achieve so much. So thank you, everyone, who has touched this organisation.” 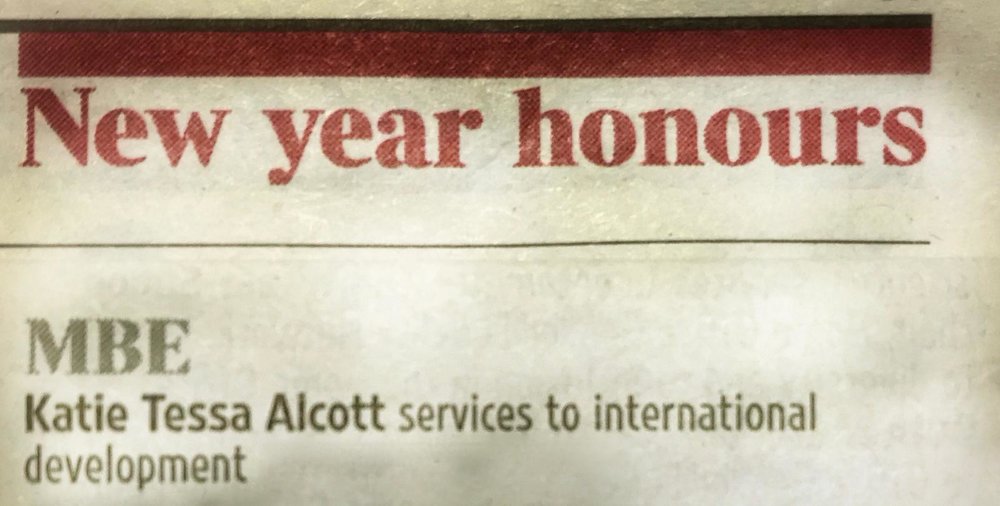 Katie Alcott Founder of Frank Water is awarded an MBE