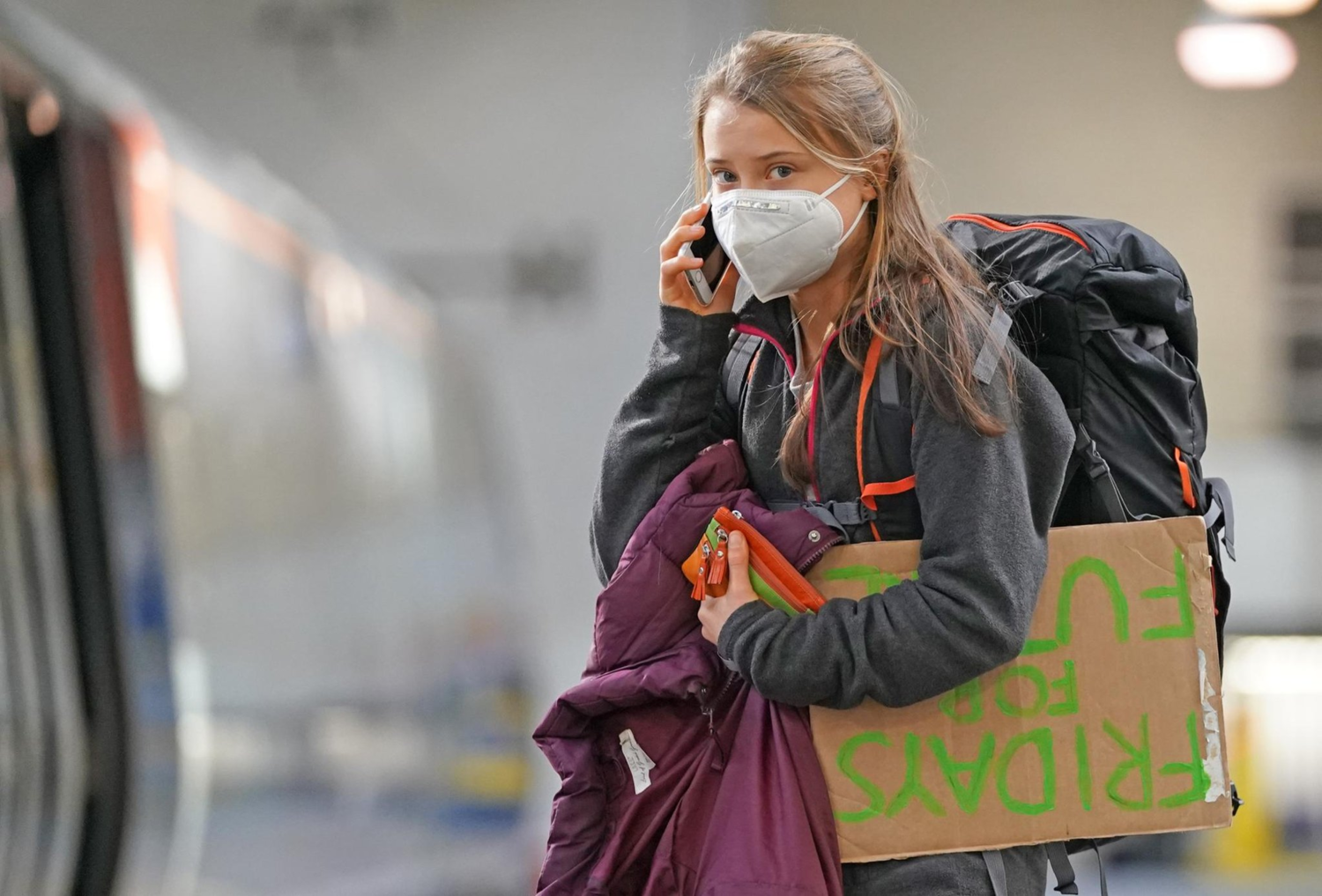 As the Glasgow COP comes to a close, we’re left asking ourselves (and scouring the internet to assess) – what’s been achieved?

On the plus side, we’ve seen headline-grabbing pledges including:

These are big, encouraging promises.

And yet….nowhere is water mentioned directly. Slowing the climate crisis before it takes its toll on developed countries, has taken centre stage. The impact the climate crisis is having RIGHT NOW on some of the poorest communities in the world – those that have contributed least to climate change is once again, consigned to the cheap seats.

This is great news and a step in the right direction.

It’s not all bad for water at the conference either…other than Frank Water’s starring role at the Water Pavilion as part of a session on Nature-based solutions, water was included regularly across the Nationally Determined Contributions (NDCs). You might need a pair of reading glasses but look at the small print of the NDCs, in which each country outlines its plans to reduce carbon emissions and adapt to the impact of climate change action, and you’ll see some progress.

In the first round of NDCs, water was regularly noted as a priority but this status was not always reflected through detailed activities, extensive measures or targets relating to water. In comparison, most enhanced NDCs include a wider range of sectors and measures that include water-related activities. In addition, more connections between the NDC and Sustainable Development Goals (SDGs) were made by most parties, including specific reference to SDG6 Clean Water and Sanitation were found in approximately 35 percent of NDCs.

Mitigation measures increasingly included water-related activities and an increased role in emissions reduction for ecosystems such as wetlands, peatlands, and mangroves in tropical localities. It was very rare to find specific mitigation targets or activities for the water sector based on the pumping and distribution of water for uses. Several states noted that this source can be highly significant within various sectors such as agriculture and water supply, but any emissions considerations were generally included within electricity targets.

Carbon emissions remain the focus here – and how water or water-related ecosystems can be used to reduce or sequester carbon. Water is not seen as a key driver of emissions or emissions reduction and as a result, is never given top billing. But for those of us working in the water sector, this is a shortsighted approach. The way the climate change affects people is through water. Whether too much, or too little, says Tim Wainwright in the Guardian. And it is water that will be central in rejuvenating the planet’s ecosystem and maintaining its fertile soil. Treating water as carbon’s poor relation, instead of giving it the attention it deserves, will simply accelerate climate change in the near future.

Let’s talk about money. Who’s going to pay? This has been the crucial question at these, and previous talks.

Statement of BASIC countries, a coalition of Brazil, South Africa, China and India, made on Monday.

The longer these funds are delayed, the longer it will take for countries to reach net zero. China announced 2060 as its net zero deadline, while India has set the date for 2070. These distant deadlines will mean catastrophe for many countries and only emphasise the shocking photograph (below) that for many will be the snapshot they take away from the last 12 days. 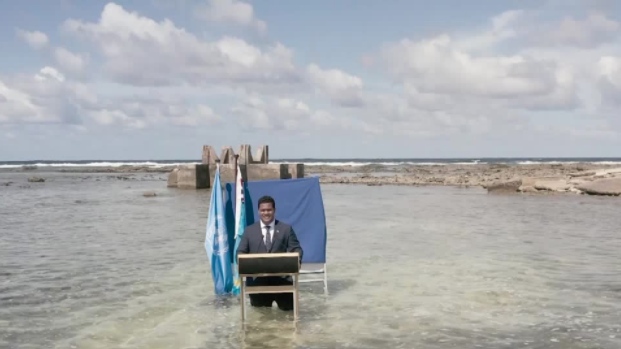 Above is the Prime Minister of Tuvalu, making his speech to the Glasgow conference. Tuvalu, population 12,000, lies in the Pacific Ocean midway between Hawaii and Australia. The average land elevation in the archipelagic state is just 6’6” above sea level, and the water is rising at almost 0.2 inches each year.

We need action on climate change and whilst the last 12 days have seen some big talk, world leaders are still procrastinating, using convenient language to avoid accountability. Greta Thunberg is right to call for “No more blah, blah, blah.”

The next United Nations Conference on water takes place in 2023. What happens between now and then is for all of us, as individuals, family members, colleagues and citizens, to influence.

The next United Nations Conference on water takes place in 2023. What happens between now and then is for all of us, as individuals, family members, colleagues and citizens, to influence.